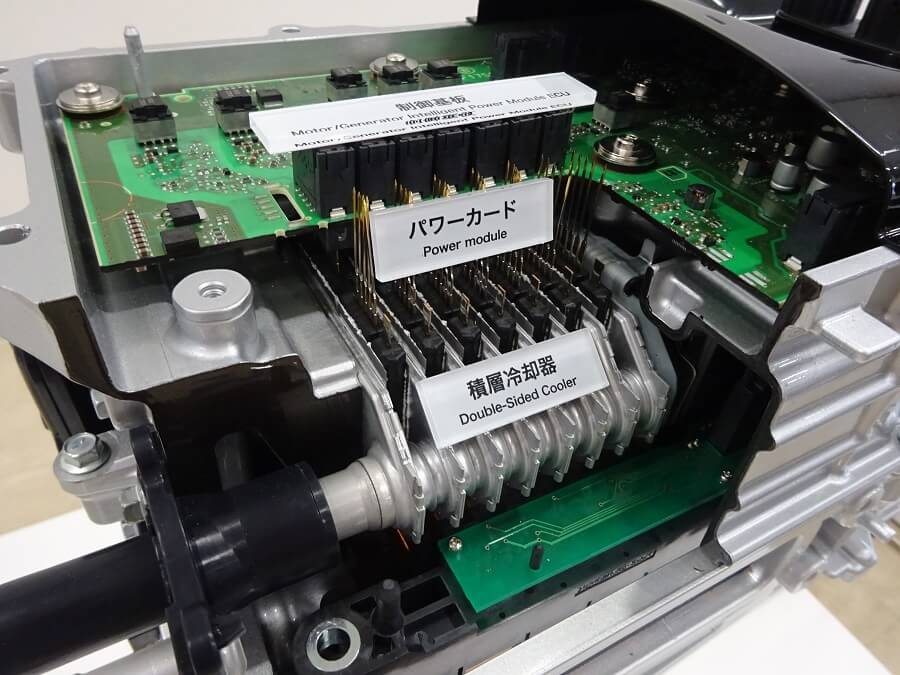 Nearly 20 years ago, IGBT modules were first commenced to be used mainly in industrial equipments, and are now being utilized in electric power conversion systems for controlling motors in a wide range of fields, ranging from household appliances such as air conditioners to applications in the railroad industry. In recent years, the extent of automotive applications has been expanded and improvement is aiming to realize IGBT modules having even higher levels of performance. A hybrid vehicle system consists of an electric motor, a battery and an inverter. An electric power conversion system is needed to supply electrical energy from the battery to the motor, and to store energy generated by the motor in the battery. The inverter is used as that power conversion system. IGBTs (insulated gate bipolar transistor) are one of the most common modules to use as the main switching device in this electric power conversion system. Hybrid systems can be broadly categorized as either a dual-motor system (traction motor and generation motor) focused on travel performance or a single motor system that combines traction and generation functions and that is focused on miniaturization. The single-motor hybrid system, known as a parallel hybrid system (hereafter referred to as a parallel hybrid), is expected to increase in popularity with application to small vehicles where the parallel hybrid advantages of small size and light weight can be fully appreciated.