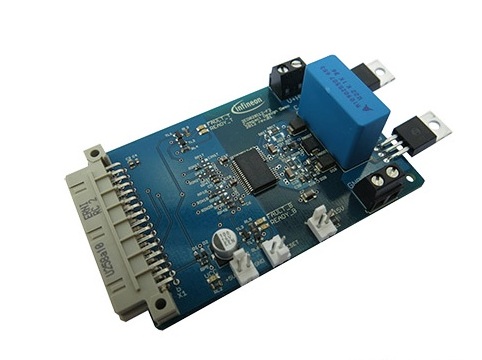 A vacuum cleaner is an appliance that uses an air pump to create a partial vacuum to suck up dust and dirt from floors, and other surfaces. The dirt is collected by a dust-bag for future disposal. Hubert Cecil Booth invented the motorized vacuum cleaner in 1901. Since then, their use has proliferated and vacuum cleaners are now very commonly used in homes on a regular basis to maintain a healthy living environment. Manufacturers of vacuum cleaners include Eureca, Hoover, Bissell, and Dyson. In the past, universal motors were mostly used for vacuum cleaners due to high operating speed with low cost. However, these motors use a mechanical brush which wears out at high speeds limiting the performance. Modern vacuum cleaners with higher output power (suction) are designed using switched reluctance motors. The power circuits used for operation of the switched reluctance motor in vacuum cleaners. These circuits utilize IGBTs to overcome the difficult start-up problem for switched reluctance motors and for maintaining a high operating speed. The author’s state: “Its lifetime is extended 4 times than that of conventional motor and its suction power is increased 20% at the same volume of conventional universal motor”.