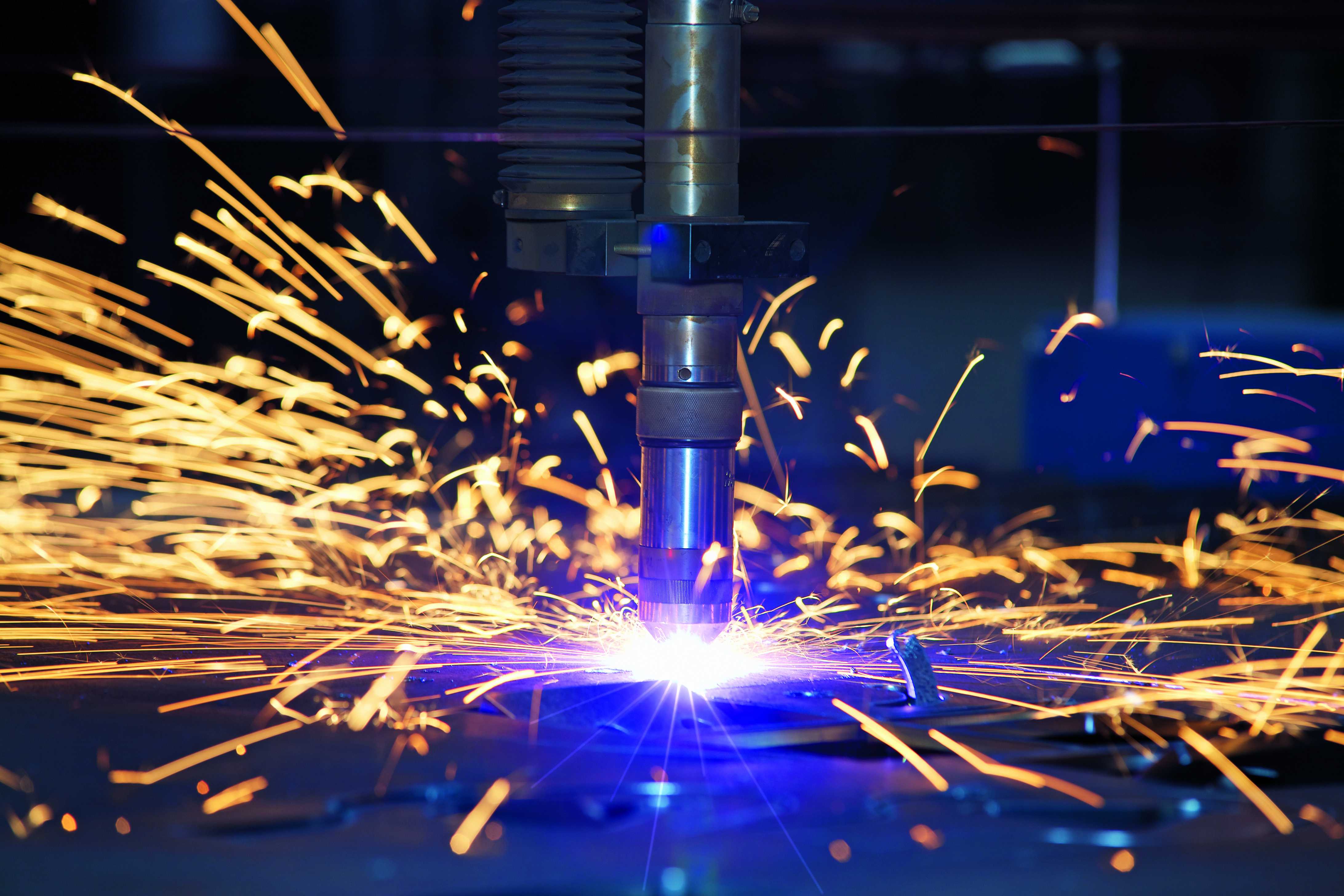 Plasma cutting involves cutting a material using a plasma torch. It is commonly used to cut steel and other metals, but can be used on a variety of materials. In this process, gas (such as compressed air) is blown at high speed out of a nozzle; at the same time an electrical arc is formed through that gas from the nozzle to the surface being cut, turning some of that gas to plasma. The plasma is sufficiently hot to melt the material being cut and moves sufficiently fast to blow molten metal away from the cut. The transistors used in plasma cutting were initially MOSFETs, but are now increasingly using IGBTs. With paralleled MOSFETs, if one of the transistors activates prematurely it can lead to a cascading failure of one quarter of the inverter. A later invention, IGBTs, is not as subject to this failure mode. IGBTs can be generally found in high current machines where it is not possible to parallel sufficient MOSFET transistors.